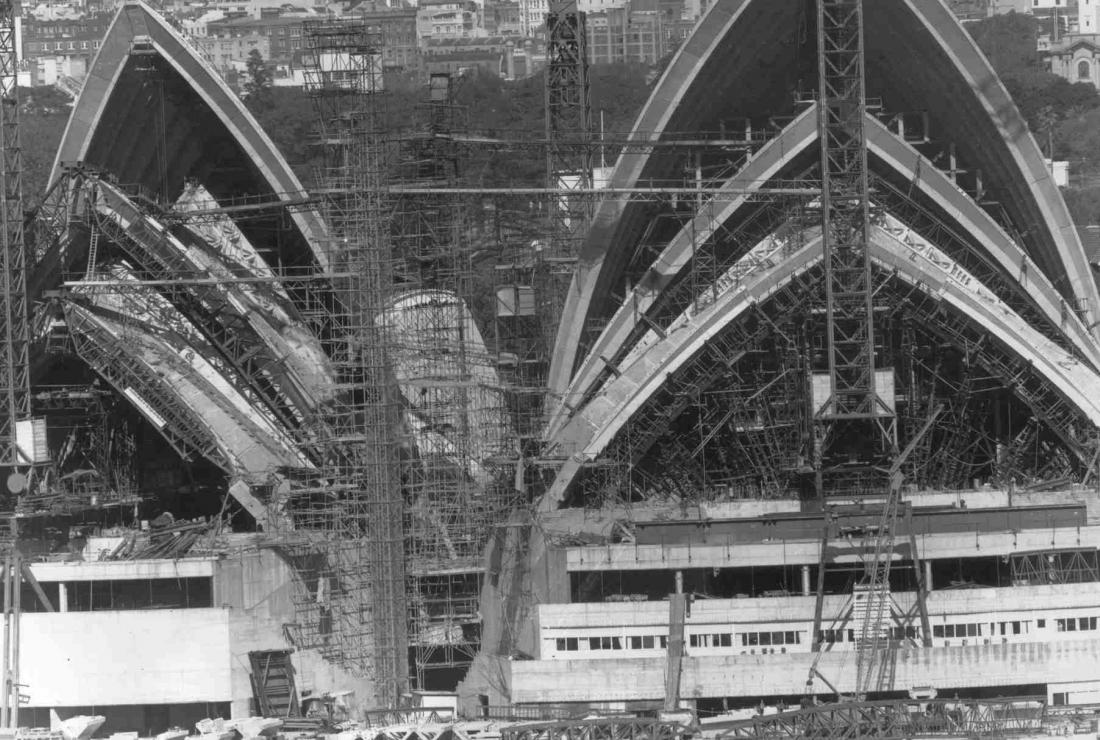 Designs for most major public sector architectural projects are often determined by a competition — similar to a casting call, a tryout, or a job interview. Jørn Utzon had just entered an anonymous competition for an opera house to be built in Australia on a point of land jutting into Sydney harbor. Out of some 230 entries from over thirty countries, Utzon’s concept was selected. Interestingly, the Sydney Opera House drawings are public records held in the archives of the New South Wales government.

The exterior construction materials included preccast rib segments “rising to a ridge beam” and a concrete pedestal “clad in earth-toned, reconstituted granite panels.” The design was for shells to be clad with glazed off-white tiles. Utzon called this process of construction “additive architecture,” where prefabricated elements were joined onsite to create a whole.

Professor Kenneth Frampton suggests this building block approach of construction comes from the stepped methods found in Chinese architecture instead of the Western tradition of using trusses. Combining “prefabricated components in a structural assembly in such a way as to achieve a unified form that while incremental is at once flexible, economic and organic,” writes Frampton. ” We can already see this principle at work in the tower-crane assembly of the segmental pre-cast concrete ribs of the shell roofs of the Sydney Opera House, wherein coffered, tile-faced units of up to ten tons in weight were hauled into position and sequentially secured to each other, some two hundred feet in the air.”